Mandated by the United States Information Agency in 1964, Richard Buckminster Fuller, an architect, designer, inventor and philosopher, developed the geodesic dome as the structure for the United States Pavilion at Expo 67.

The dynamic, free-standing structure is composed of cylindrical steel tubes sub-divided into side-by-side plastic covered triangles. This concept required a considerably small amount of materials than conventional architectural designs of such magnitude.

The Biosphere's structure reproduces more than 75% of the surface of a sphere and is the largest building of its kind in the world. Fuller's work quickly became a symbol of Expo 67.

Once Expo 67 was over, many of the pavilions on the site were dismantled. But the United States Pavilion was donated to the City of Montréal by then-U.S. President Lyndon B. Johnson. The City of Montréal officially took possession of the geodesic dome on January 31, 1968. 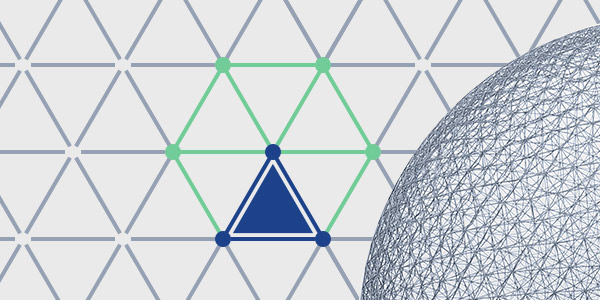 Man and His World

For more than eight years, from 1968 to 1976, the Biosphere played host to exhibitions, works of art, theme-based gardens, many bird species (the forerunner of the Biodome) and a wide range of activities for the family, even a movie theatre!

The scientific aspect was also featured with the addition of animated activities on photosynthesis, soil conservation, pollution problems in cities, etc. 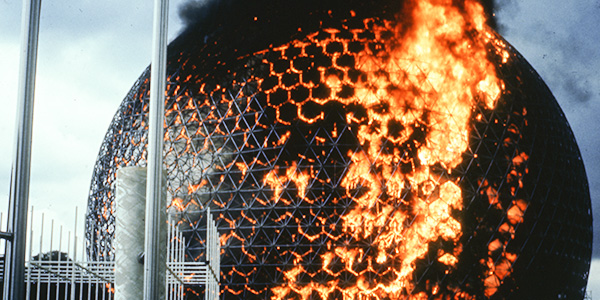 In 1995, after many years of studies, the City of Montréal finally announced the Biosphere's new vocation: a museum promoting the environment and its protection. Now that's a mission in keeping with the philosophy of the Biosphere's creator, Mr. Fuller!

The restoration costs were so expensive that the City of Montréal decided to keep just the tubular structure and completely redo the interior. The renovation project was carried out in collaboration with Environment Canada, which has occupied the premises ever since. 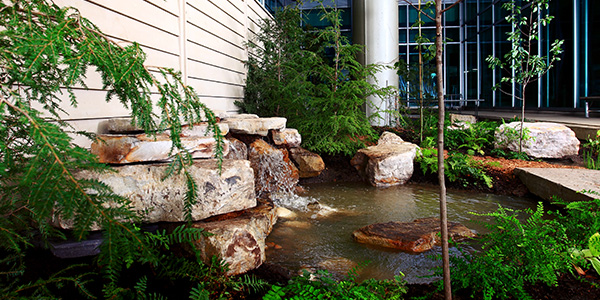