News Stay on top of the latest news →

The Olympic Basin and the Montreal Olympic Games

Schedule of the Olympic Basin

On May 12, 1970, the International Olympic Committee announced that Montréal (and its mayor, Jean Drapeau) would be the host of the 1976 Summer Olympics.

Of note: it was the first time women competed in basketball, handball and rowing, with the latter discipline taking place at Parc Jean-Drapeau's Olympic Basin!

Logo of the Games of the XXIst Olympiad - Montréal 1976.
Canadian Olympic Committee (COC)

The Olympic Basin was designed to be used for canoeing and rowing competitions during the 1976 Olympic Games in Montréal. It extends over 2.2 km in length, 110 m wide and 2.5 m deep, meeting the requirements of the international sports federations. Even today, the facility is still the largest artificial rowing basin in North America.

Some of the pavilions from the 1967 world's fair, Expo 67, had to be demolished to build the basin and the hangars where the canoes were stored; the pavilions included the German, Australian, Burma, India, Mexican and Thailand pavilions. And so, nine years after Expo 67, Parc Jean-Drapeau once again welcomed the world to its site.

Excavation of the Basin was completed in October, 1974 - almost 1,100 km of earth and rock was excavated and then used to build the sides of the Basin.

The Athletes' Quarters, which were built for the occasion, were used as a training site for the Olympic athletes. The facility had many specific areas, including a spacious cafeteria, locker rooms, an equipment room, rowing tanks, one for rowing and another for canoeing, were at the athletes' disposal. This unique equipment is still on the site today, and major renovations were completed in 2016, coinciding with the 40th anniversary. An interesting fact is that the Athletes' Quarters is a fully stocked facility in terms of equipment (ergometers, weight rooms, rowing tanks) for all the sports conducted at the Olympic Basin.

All of the buildings surrounding the Olympic Basin were built by the City of Montréal, under the management of the public works department.

To get to the Olympic Basin, spectators took the subway and then walked across the Cosmos Bridge. Only dignitaries, athletes, coaches, media and a few other accredited people could get to the site by car via the Concorde Bridge.

The permanent grandstands could accommodate 3,000 people and temporary grandstands installed for the occasion provided seating for 7,000 people. Some 20,000 additional people could sit or stand alongside the Basin, to watch the events. A total of 30,000 people!

The judges were set up, 45 feet high, in the finish-line tower, as were the sound system and timing devices. 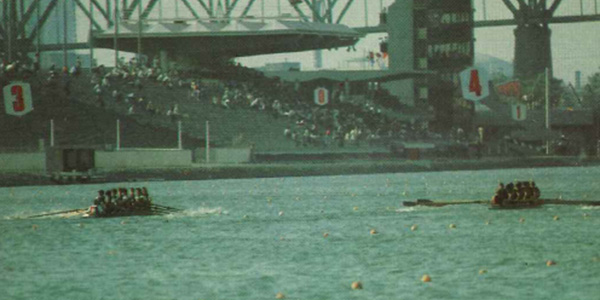 Rowing competitions took place from July 18-25, 1976. Women, incidentally, competed in many events for the first time in Olympic history: coxless four oars, coxed pair, single sculls, quadruple sculls with coxswain and eight with coxswain. German rowers were the winners of most of the male and female events (East Germany). 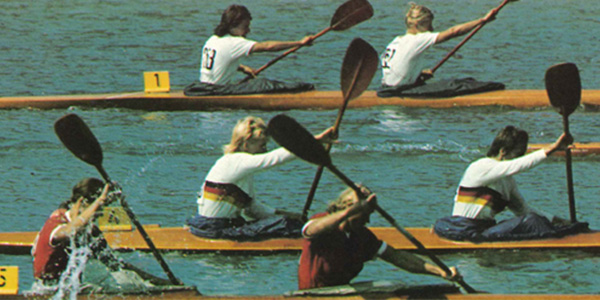 Since the first official competition at the Berlin Olympics in 1936, canoeing has gained in popularity every year, and the number of fans has grown, as well. Canoeing competitions at the Olympic Games in Montréal took place from July 28-31, 1976. European countries were the main winners of these events at the 1976 Games: the Soviet Union, East Germany, Romania, Yugoslavia, Hungary. Canadian John Wood won a silver medal in the men's 500-metre canoeing singles. 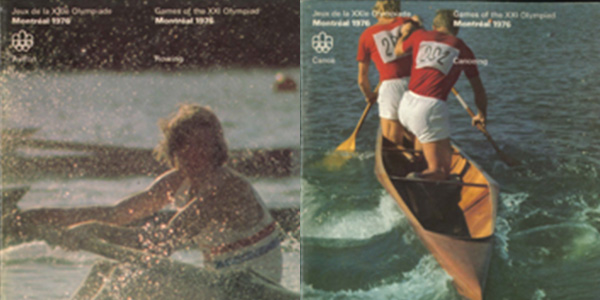 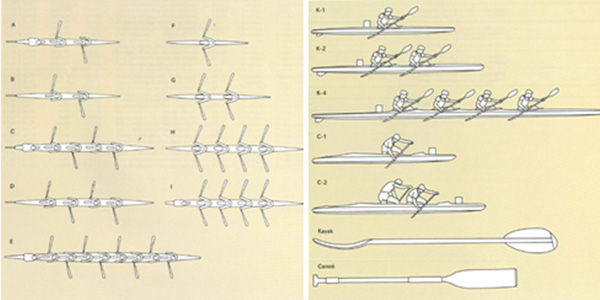 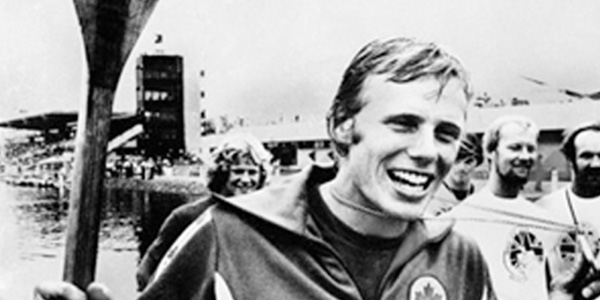